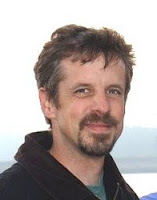 "The other day I was doing a rather unpleasant home remodeling project. Tired of the heat, tired of the noise, and tired of the dust, I burst out of my front door, out into the fresh air, out into the bright sunshine. And when I did this I scared the heck out of a woman who happened to be walking by on the sidewalk. She had an instant look of fear in her eyes. Immediately realizing that I had scared her, I tried smiling at her reassuringly. But still she stared at me wide-eyed as she hurried on. She did not smile back. Whoah! What the heck is her problem? I was smiling, for goodness sake! And I had absolutely no intention of harming that woman. How could she not know that? Hell, I don’t even look like a rapist! Heck, I was even smiling!

What a rapist looks like. Let’s face it, I do not look like what the world often thinks of when we think about the sort of guy who rapes women. After all, I am -- and I’ll just say it -- white. I am clean cut. The house I am working on is in a “nice” neighbourhood. I have a professional job. I am married. I have a kid. And I’m a relatively attractive guy. [...]

So why in the world would this woman who was walking by ever have a reason to be scared of me?

Well, it turns out that in the real world -- rather than in our stereotypical rape scenario -- it is exactly guys like me who rape, who assault, who harass, and who molest. All the damn time. And the sooner we get that fact through our thick heads, the sooner we can make some progress on confronting the epidemic of rape, and the safer we will all be.